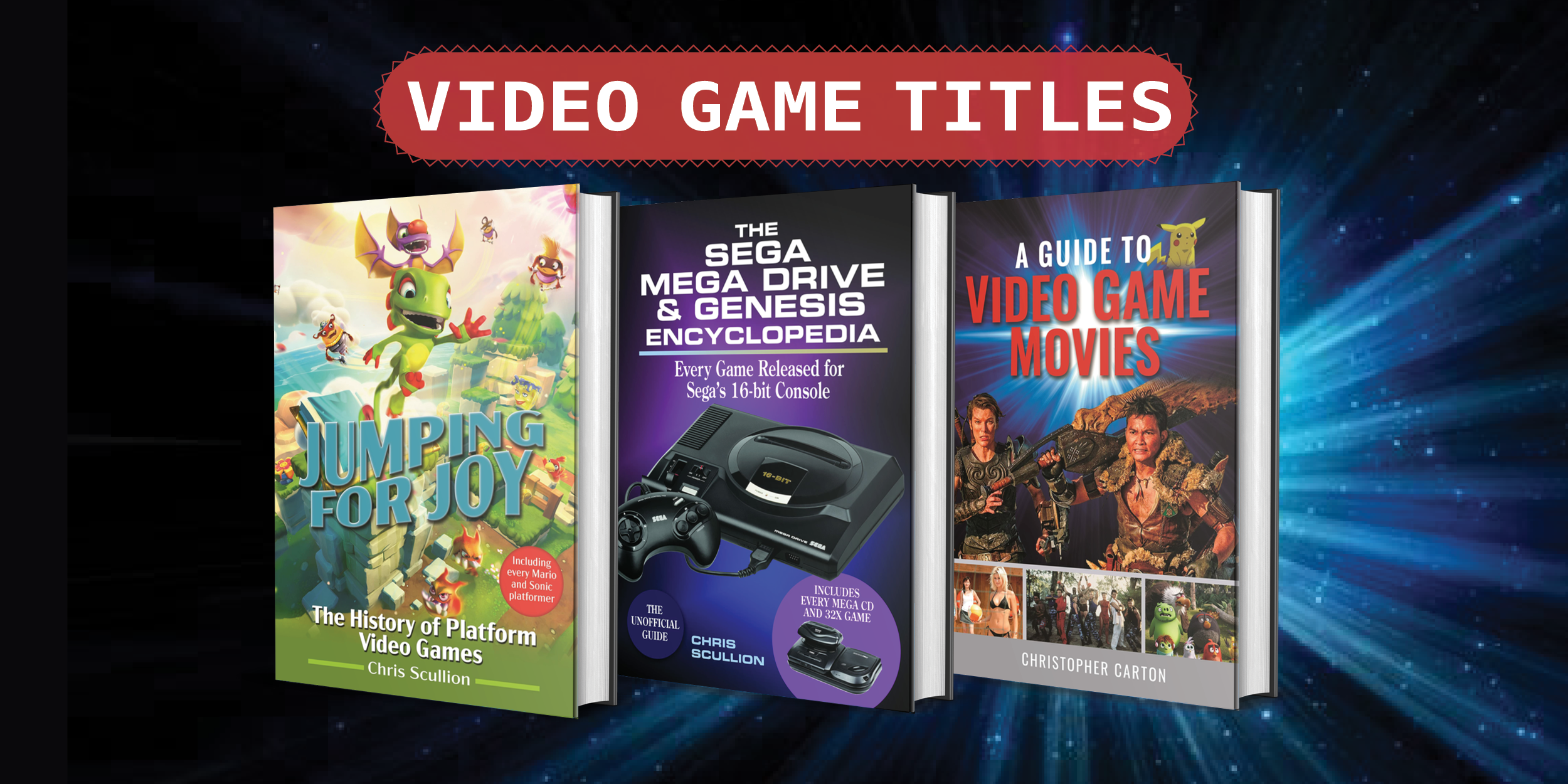 From retro games to classic characters, we have the perfect addition to any gamer’s library!

The fourth book in Chris Scullion’s series of video game encyclopedias, The N64 Encyclopedia is dedicated to Nintendo’s revolutionary console. The book contains detailed information on every single game released for the N64, from classics like Mario 64, Ocarina of Time, all the way to some of the more obscure titles. With over 400 games covered, generous helpings of bonus trivia and charmingly bad jokes, this is the definitive guide to a legendary gaming system.

If you want to fill your head with plenty of knowledge about your favorite video game consoles to amaze your friends with, then this book is for you! 31 video game consoles stretching from 1972 to 2017 are covered, containing more than 235 in-depth facts, numerous other pieces of trivia and over 350 images to create a single package unlike any other that gamers of all ages will find interesting!

From bizarre science fiction like Super Mario Bros. to the latest big budget releases like Monster Hunter, and dozens in between, A Guide to Video Game Movies should please film buffs and die-hard game fans alike. Whether you’re looking for rousing blockbuster action, family-friendly entertainment or a late-night B-movie to laugh at with your friends, you’re bound to find a movie to fit your taste.

Put down your controller and grab your popcorn!

Check out the rest of our Video Game Titles Below!

The Making of Tomb Raider

A Guide to Video Game Movies

A Guide to Manga, Anime and Video Game Cosplay

Jumping for Joy: The History of Platform Video Games

The History of Video Games

The History of the Stealth Game

You can find out more about which cookies we are using or switch them off in settings.

This website uses cookies so that we can provide you with the best user experience possible. Cookie information is stored in your browser and performs functions such as recognising you when you return to our website and helping our team to understand which sections of the website you find most interesting and useful.

Strictly Necessary Cookie should be enabled at all times so that we can save your preferences for cookie settings.

If you disable this cookie, we will not be able to save your preferences. This means that every time you visit this website you will need to enable or disable cookies again.